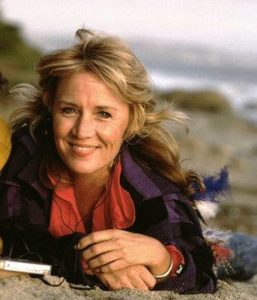 I had the opportunity to get in touch with Kathleen Wakefield on Facebook. I wanted to learn more about her career and works, especially as a prolific lyricist at Motown. She also was among the few people who collaborated with the Jacksons through the 1980s. In the end, this interview was far from being a torture, if you allow me to allude to one of the songs she wrote that I particularly like. Thank you to Kathleen for sharing her experience with us! 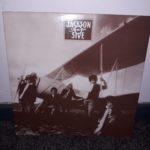 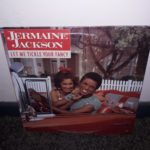 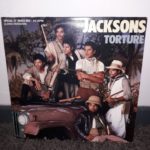 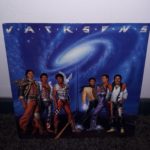 First of all, can you tell us how you grew a passion for writing, either songs or books?

Brice, I walked into it, having spent no time at all anticipating it. I read a lot from the very beginning, fell in love with art and artists and stories of imagination. I look at them, the stories, the art, to this day, and am still inthralled. Songs—I grew up with them—a radio always playing, music always there, but I never personalized it – it simply became part of my awareness of the larger world.

What about your career history and the key moments that led you to become such a prolific songwriter, in particular at Motown?

Again, I walked into it, having been a dancer (unplanned) with a best friend dancer, who happened to have been a girlfriend of Elvis’s and became friends with many musicians. We were cute and suddenly found ourselves being recorded (and written for) and having a hit record, ‘Prince of my Dreams’, in Detroit, Michigan! Eventually, as an actress, when I was under contract at 20th Century Fox for their acting program, a friend told me about another friend who had lost her writing partner, a lyricist. And she, Annette Tucker (‘I Had Too Much To Dream Last Night’) and I began working together, immediately writing for Don Costa, who led us to Frank Sinatra, Patti Page, Trini Lopez, etc… after which we found ourselves helping a young girl writer who wanted to get a contract at Motown. And when we ‘took a meeting’ with Berry Gordy, Frank Wilson, and others, were offered a contract.

Do you usually follow a topic or a musical theme to get the inspiration for the lyrics? Or have you ever started writing directly?

It started out, always for me, with the composer’s melody and cassette tape which, because I had a family, I took home and worked from. I always called it ‘taking dictation’ because I wrote what the music was ‘telling me to write’ – just listened and wrote.

As a Michael Jackson and a Jackson 5 fan, I have always enjoyed your composition « I Can’t Quit Your Love » on the « Skywriter » album. Can you tell us about the creative process of that song that was initially written for the Four Tops?

Brice—what’s funny on that song is that I began writing the chorus as something else entirely —something about ’15 miles from shore’ or something. Then I realized that it was way too esoteric (I went esoteric easily) and needed to be straight-out simplified. Also, I was writing for Frank Wilson, with Leonard Caston —both of whom were/are geniuses in my opinion, and always inspiring. There have been writers—famous, etc—whose work brought nothing to my mind whatsoever, but I could not help being inspired with Leonard Caston and Frank Wilson.

Were you in direct contact with the artists you were writing for? Or was your inspiration some very personal work?

Both. I wrote at home, but was with the artists, for the most part (I think always) in the studio, coming home sometimes early the next morning.

Going through your discography, I noticed that you wrote the most for Jermaine Jackson’s songs. What type of a professional connection did you experience with him?

Really, with Jermaine, it was remote. He was in touch, and somehow got me a tape to work on. I did so, and got it back to him. He was hugely busy at the time, but knew he could count on me, so it was fast, and pretty remote.

You also worked with Jackie Jackson for the song « Torture », one of the best tracks on the « Victory » album and a duet between Michael and Jermaine. How were you contacted for that project? Can you share the creative process of that fabulous hit song with such a special atmosphere?

Jackie and I, plus some other writers, had been getting together at Jackie’s house, and tossing ideas around for a lot of things, and at some point, again he made a cassette copy for me of ‘Torture’—his title and track. My story shocked him, I think, when I brought it back to him, but we all liked it and not one word was changed which surprised me a little. The lyric on ‘Torture’ begins, ‘it was on a street so evil, so bad that even hell disowned it’, and later, ‘I am here to serve all masters’. A playful story that speaks for itself, but with a touch of humor and tease. Michael came in for the recording, and it was nice seeing him again.

At the same period, you worked with Michael Jackson and Paul Anka on the song « Love Never Felt So Good » that would finally feature on Johnny Mathis’s album « A Special Part Of Me ». Can you tell us the story of that song and did you change any of the lyrics for Johnny Mathis?

I was inspired because I anticipated Michael would record it, and of course, writing with Michael in mind couldn’t help but be an inspiration. As you can imagine, I don’t write versions to songs. Anybody saying differently would make an awkward stab at honesty, possibly, and missed, having no knowledge of the history of the song and its lyric.

Where do you put the Jackson family in your discography ? Do you feel they were (and still are) special people that could only be inspiring for the writing of songs?

I didn’t necessarily know them as a whole family, and have never had an opinion one way or the other. I, like everyone else, watched the phenomenon that was Michael. I, honestly, being busy with other artists and projects, didn’t have or take the time to think much about it beyond that.

I think what I’m realizing is that, although the J5 meant so much to so many, for me, they were/are a cyclone that hurried through Motown (in my opinion) and on to greater things, especially Michael. Before and after Motown, I worked with many wonderful and talented artists and writers, actors, etc., never having set out to be a songwriter. A saying goes about NY, that is ‘don’t go unless you are ready for your life to change completely’. You can say the same about LA. At Motown, much of my work was with the very talented Frank Wilson and Leonard Caston —The Temptations, The Four Tops, The Supremes and The Jackson 5, as I said, a phenomenon that, I think mainly with producer Hal David, exploded and moved on. In that explosion, somewhere, a couple of recorded songs didn’t at the time, make the cut. I worked successfully with The Jacksons after Motown, and stayed friends, but it was a busy time, and Michael’s career, and Michael, himself, became bigger than life, as the world knows. And although we saw each other in the studio now and then, our world orbits changed, so to speak.

Are there any other collaborations and songs that you would like to discuss and add to that interview in order to make it a complete overview of your career?

I’ve always said to myself that there were 3 composers that I considered genius —Leonard Caston, William Smitty Smith, and Michel Colombier, with whom I wrote lyrics for the album, ‘Old Fool Back On Earth’, and with whom I wrote for films. “Smitty” was a composer and a musician who worked with Bob Dylan —with whom, (Bob Dylan), by the way, I couldn’t for the life of me, write a decent lyric. I did – and it still makes me laugh – walk down his driveway in Malibu, to see him walk toward me in his fringe jacket, but I couldn’t, sitting by him in his house, write a word. Go figure.

What are your current writing projects today?

At some point, in writing lyrics, I put my head down on my desk in despair, because everything began to sound like the same song, and I couldn’t do it anymore. I had recently dreamed a strange sentence about a little girl lost, and when I wrote down exactly what the sentence said, it became my novella, “Snaketown”, and I no longer, except for helping a couple of friends, and also considering a soundtrack for “Snaketown”, wrote lyrics. 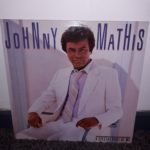 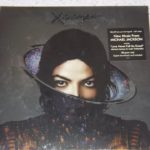 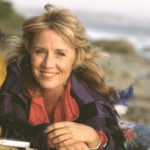 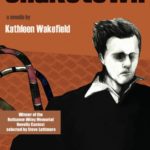 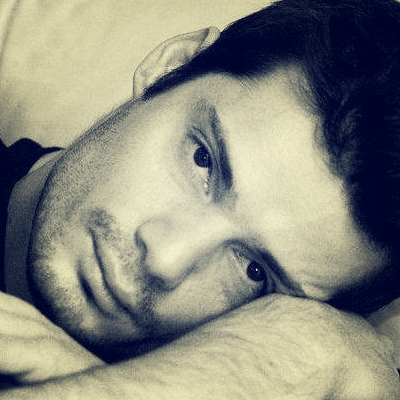 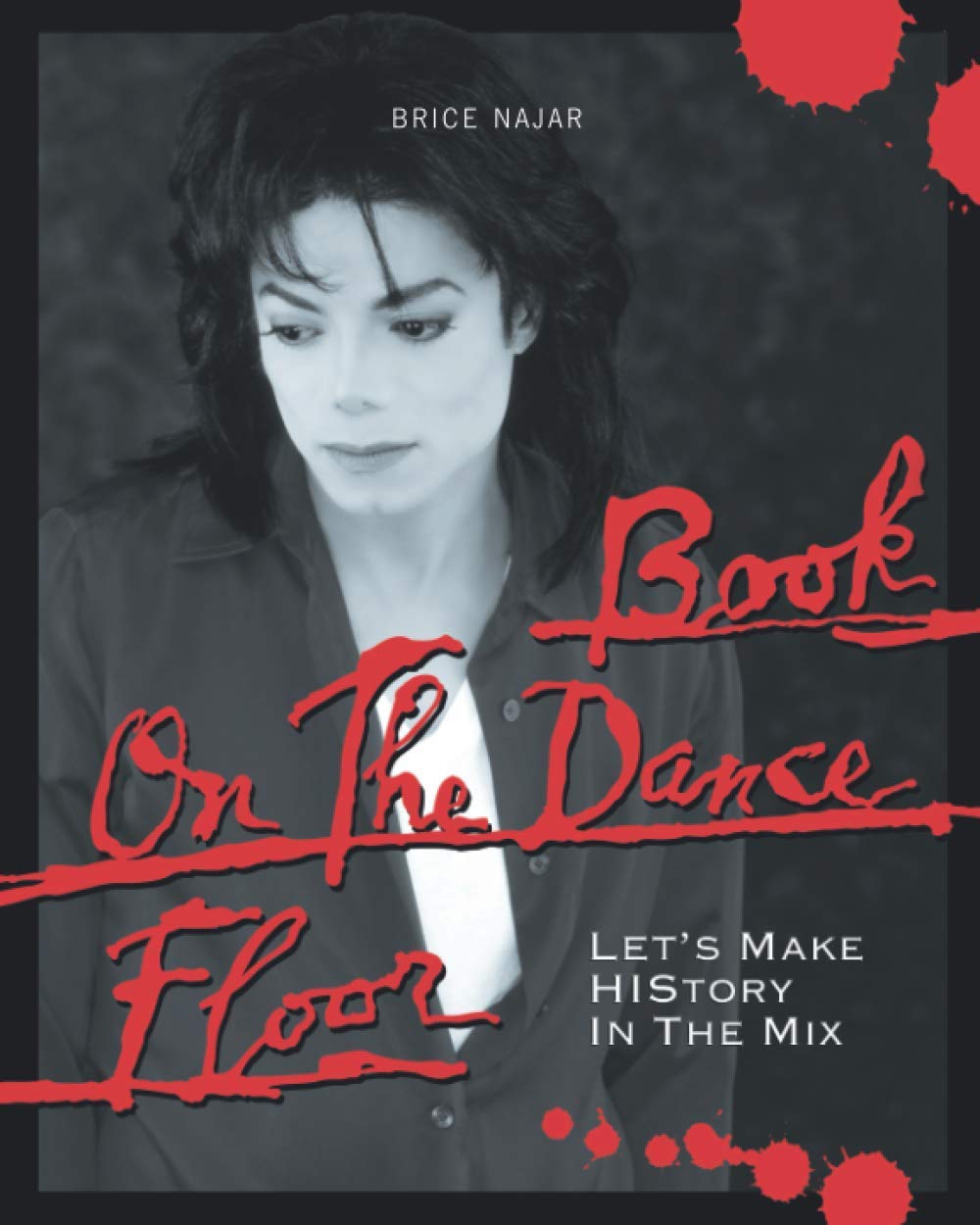